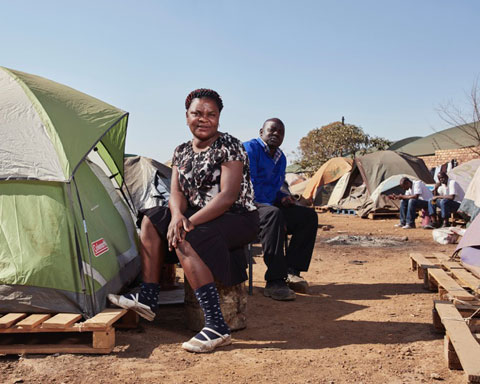 Erik was photographing Brilliance, one of the 2 sex workers, while our security guys and I were lying in the grass talking about life. We were just in the middle of a good conversation about mass immigration, cause in South Africa, like in Holland; they have to deal with it too. There are hundreds of thousands of Nigerians, Zimbabweans and others seeking their fortune here.

And then there was a sudden loud scream and someone running. A man with a gun had jumped out of a car and had threatened Brilliance. There was a moment of panic. For a split second you freeze. You can’t think, you can’t act, and you can’t breath. Still, within a few seconds we were back in our car. We left the area and drove quickly to Florence’s house, the second women we were working with…

It was a scary moment.

Afterwards we worked with the women in different locations. We made much more pictures at Florence’ house and at the clinic of North Star Alliance. Life went back to normal. All attention was back on the women. Fine, strong women. Women who deserve respect because they had not lost their dignity while being trapped in a life of sex, abuse and HIV. 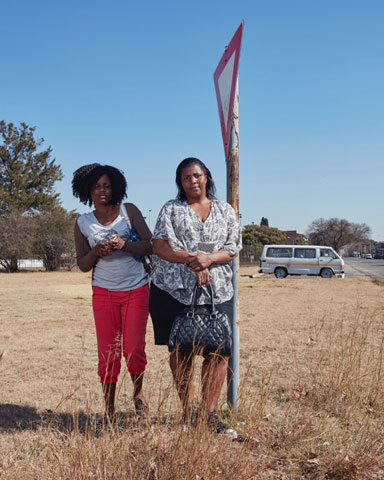 I asked Florence and Brilliance about their dreams, their future. That can be a tricky question. But not so today. They both had a clear picture in mind. Florence wanted to start a business for herself in Zimbabwe. She said: “Another two years working in the sex industry and then it’s enough. I’m 42, and you can’t work in this business when you’re 45.” Brilliance’s dream was a house in Zimbabwe where she could live with just her own family.

When, much later, they were brought back to their lives now, I was left with an uneasy feeling. Atlas2018’s higher, noble goal is to improve the situation of women and men living with HIV. I know that what we do as a team is significant for many people. But I am under no illusions. All our stories and reports will not bring about the dreams of Florence and Brilliance.

A few hours later our regular club of 6 was sitting around the table. There was a tasty dinner of a traditional South African dish of porridge and an oxtail stew. The evening meals together is a good time to let off steam after the intensive experiences of the day.

We laugh loudly about ‘issues’. We like that word: issues. It’s always the start for a lot of fun. One of our recurring jokes is who should go in the bath with whom? How this came about, I don’t recall. But inventing the craziest and most bizarre bath situations with each other proves the perfect antidote in helping us to forget about the intensity of the day we’ve had.