Suriname He and Hiv

Marten Colom (52) is chairman of the ‘He and HIV’ foundation that focuses specifically on the support and the interests of gay men with HIV.
He created this organization in 2009. Up to the present day positive gay men have to deal with a double stigma: homosexuality and HIV.
Marten has known since 1998 that he himself is infected with HIV. 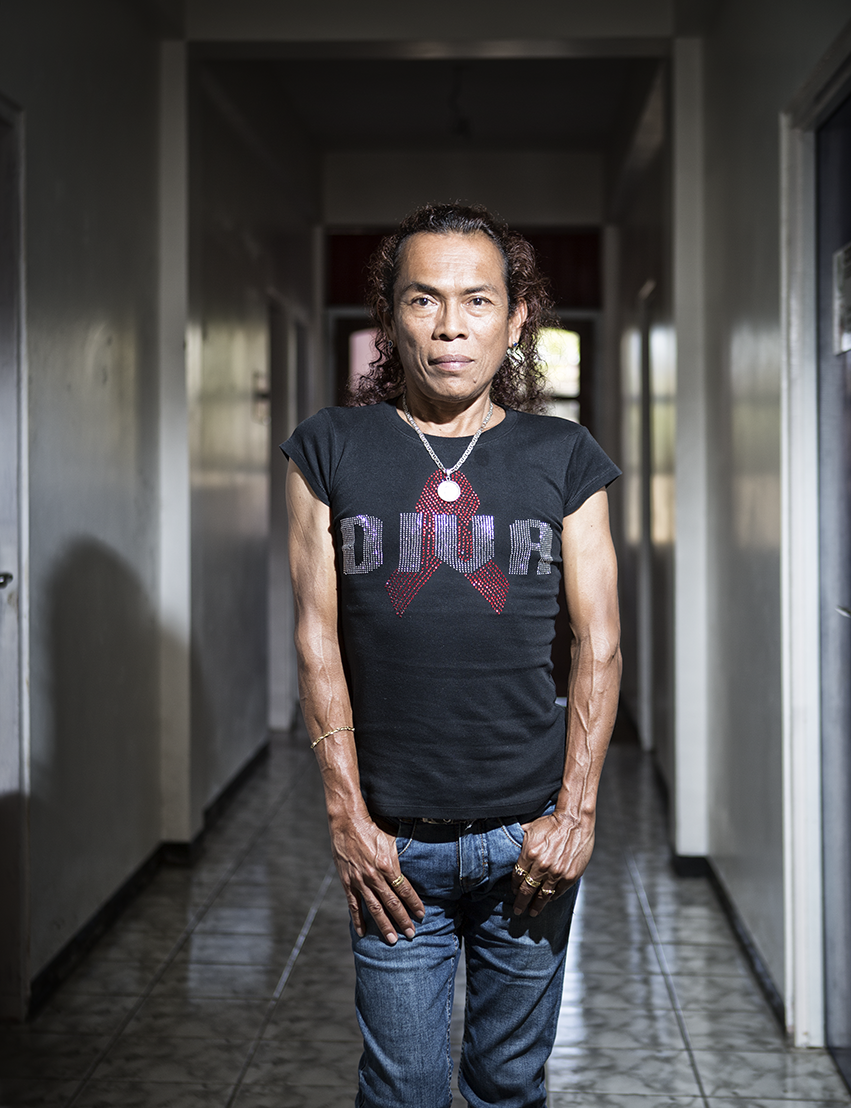 “I heard in 1998. At that time there was no medication in Suriname. I knew nothing about HIV, I had no information at all. People didn’t talk here about HIV, just about AIDS. It took me two years to come to terms with it. The only person I told was my mother; almost right away.

I don’t know how she reacted … I couldn’t see her face … My mother always liked me to remove her grey hairs with tweezers. I had waited until then to tell her, because then we were close. We were sitting on the veranda, and she had her head between my legs, facing the ground. Then I said, “Mom, someone in our family has died. Did the man die of it? AIDS? “And my mother said,” Yes, the man died of it.“ I repeated it. Then I said, “Mom, do you remember the situation with that one uncle of ours. You said that he also died from that? “Yes, yes,” I heard her say.
And then I said, “I‘ve got it too.”
I felt her stiffen, but I couldn’t see her face. And then I started to cry. Just at that moment someone came onto the veranda. She stood up and said ‘Don’t tell anyone.”

Marten overcame his fear. In 2001 he met for the first time buddies through discussion groups at the Mamio Namen project. A foundation that’s focuses on caring for those infected with HIV in Suriname. He went on to play an active role and visited others in their homes; to talk to them, to support them. The UN Development Programme gave him the chance to play a bigger role in the community. Until he decided in 2009 that it was time to set up He and HIV.

“The aim of He and HIV is to promote acceptance and equality of these men. We want to contribute to the reduction of stigma and discrimination related to homosexuality and HIV / AIDS, and we want to promote well-being and a healthy lifestyle. ”

It is a modest group of men attending He and HIV meetings and activities. Many men want to come, but do not dare. If there are public events, Marten is nearly always the only one who shows up and speaks. He is also much more reserved about breaking the stigma than the current Minister of Health: Minister Pengel. 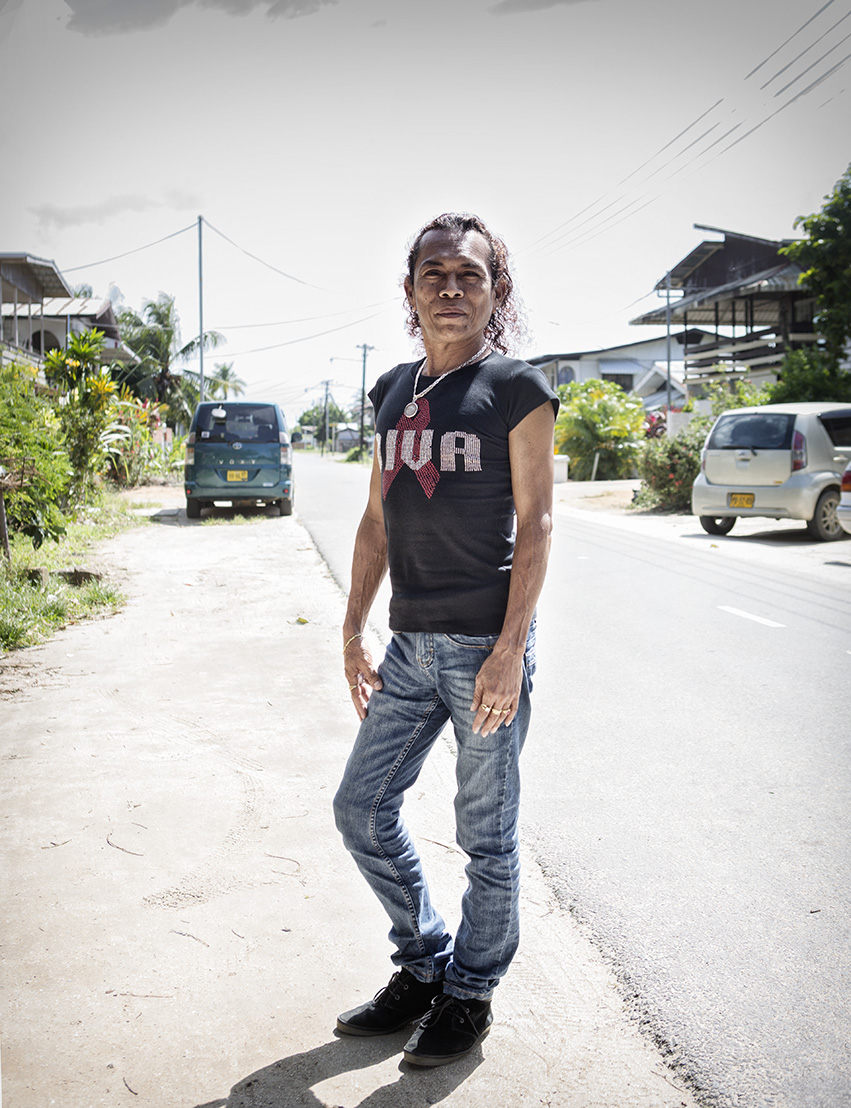 Besides the stigma, medication compliance is perhaps the biggest problem in Suriname.
“Many people find it difficult to take their medicine every day. They are tired. They can’t describe how tired they are. I always tell them: “But you realise that if you don’t take your pills you’ll become ill again?” Recently I had to remind someone again. The boy says, “I’ve been so tired.” “What,” I say, “you want to give up now? Do you want to leave us now? Then you will die, which is not a problem if you knew that would be dead within two hours. But that processes, the decline, are you ready for that? “And then they say,” No I’m not ready, I don’t want to go there ” and then they take their medication.

He has a troubled medical history. He took his first HIV medication in 2002. It was not an instant success. Especially during the first few years when he suffered from severe side effects. Nowadays he’s doing better. But still, he worries about the future.

“Economically it’s not going well in Suriname. I’m afraid that, in a few years, when I retire, I’ll have nothing. I don’t have my own house, I still have to pay rent. I still have to pay all the bills. My pension will not be enough, so I’m going to have to depend on the state pension, which isn’t brilliant either. But I want to manage. I’m glad I’m a civil servant, because I’ve got health insurance until I die.

Yes, I get fed up that I still have to take pills. When I go to Mathijs, my doctor because I don’t feel well, then I get the feeling that I’m ill again. When will this actually stop?
Fortunately the side effects are a lot less since I started with a different combination. Now I can smell a bit more, for example if something’s burning. And the food tastes better. That is nice. ”

Errol (51) has known that he has HIV since 2009, but he doesn’t tell anyone because he is afraid of gossip and stigmatization. It’s out of the question: he can’t tell it at work and he doesn’t want to cause any bother for his elderly parents.
Acquaintances who suspect he is positive don’t contact him anymore.

Nevertheless, he is optimistic about the future. He’s going for it. I have to, he says. Medication compliance is a big problem in Suriname but, as he says, you have to take them every day and never forget.
He is satisfied with the care he receives and very happy with He and HIV. “They give me a lot of support and you can always go there.” 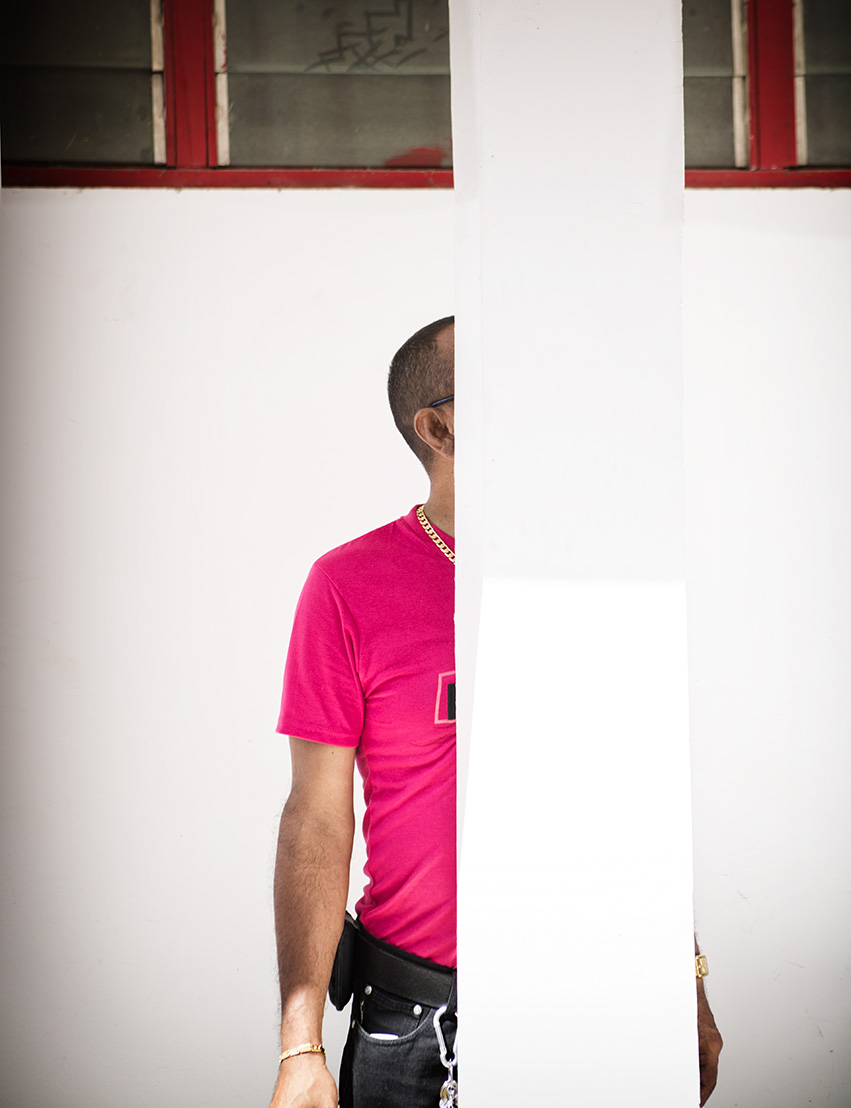 “Taking pills every day is difficult.”