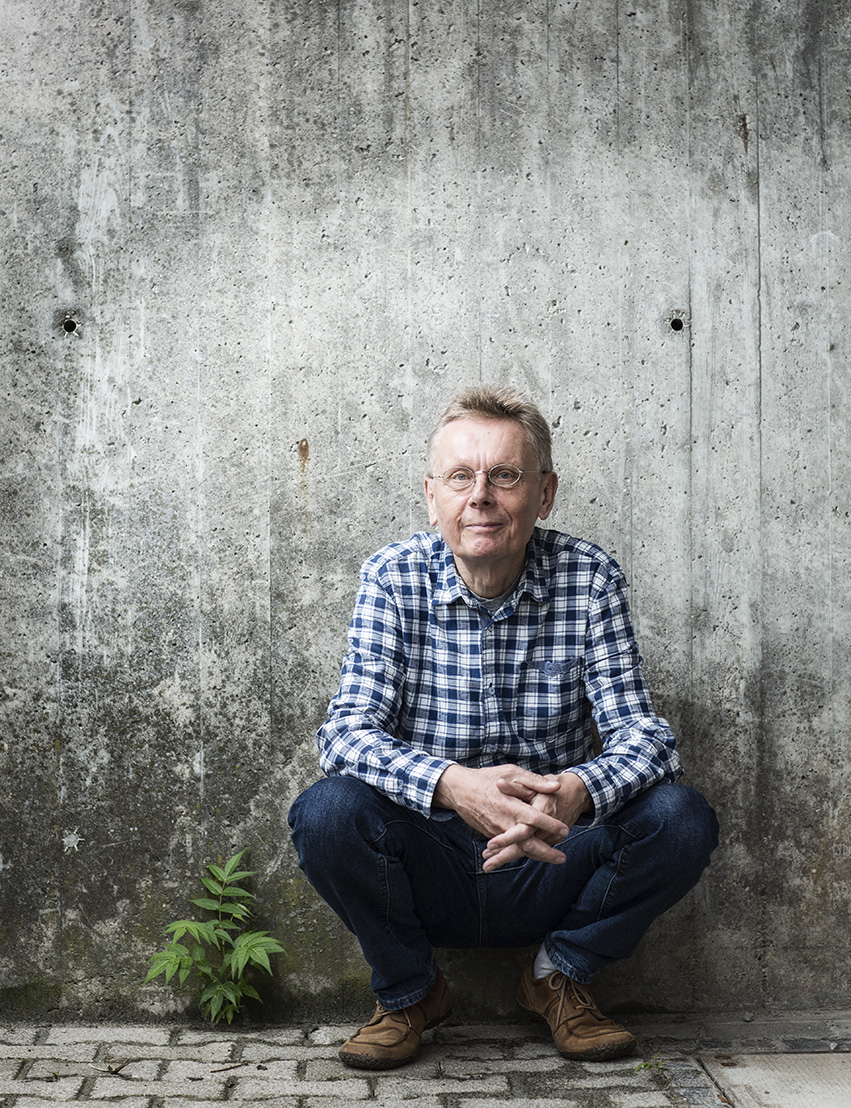 HelpingHand is a classic example of a grassroots organisation. What happens there on a daily basis is not determined by policy makers, but by its users. How special is that?

Men and women with HIV from African and Asian countries where HIV is often taboo, determine themselves, in essence, how they can best be helped. That requires courage: both from these migrants and the German care system.

At HelpingHand they are proud of the way they work. In many of their publications you come across their principles in three short and powerful slogans.

‘I believe in possibilities’

Horst Herkommer is the initiator and driving force behind HelpingHand. He is an engaging man of few words. When we are settled and ready to start our conversation, he looks at me kindly, but silently.

“It looks like you’re a man of the 70’s!”
A big smile appears on his face.
“Why do you think so!?”
“Well, the way you work doesn’t really resemble the way of caring today.”
He seems genuinely surprised.
“The care system today is determined by time ranges, measuring moments and efficiency. I don’t see that in the way you work at all.”
It’s as if he has never looked at his work in this way.
“Well … maybe it’s because I have always developed my own plan, looking for better solutions. I want to define the norm in that process.”
“You have worked in many different places, on many different projects.”
“Yes that is true. I have started up a number of new things in different places. Care or support that did not exist, but where in my eyes it was needed. Sometimes you see people with big problems that are not resolved. Then it’s time to come up with new initiatives.”

After he graduated in 1975 in Nuremberg, he went straight to work as a social worker. He worked with young people in detention centres, as well as holding various positions in addiction care. By 1987 he had completed his degree in psychotherapy.

The constant factor in his career has always been: service. For forty years he has invested his energy and creativity in the, often serious, problems of others. It has not made him a tired or sombre man. On the contrary, he loves his work.
“In England they conducted an investigation into how the public views social workers. The main conclusion was that we were seen as people who deal with the dregs of our society. But that’s not how I see it. Not at all! I believe in possibilities. There is always something you can do. I can offer people something. And they can offer me something too. Contact is never a one-way street.”

“I worked in the prison service with young boys. They were literally trapped there. But still, I was able to increase their freedom. By offering perspective, strengthening their autonomy. Later I became involved with drug addicts who had gathered in large numbers in the 80s around the train station in Frankfurt. They caused a lot of problems but didn’t want to leave the station because that was where the drug deals were made. I moved them away to a place where they could rest, where there was food and clean clothes. We treated them as patients and gave them medication to replace the drugs. That was new at the time. Now they are more easily approachable. Many of them have reintegrated into society.” 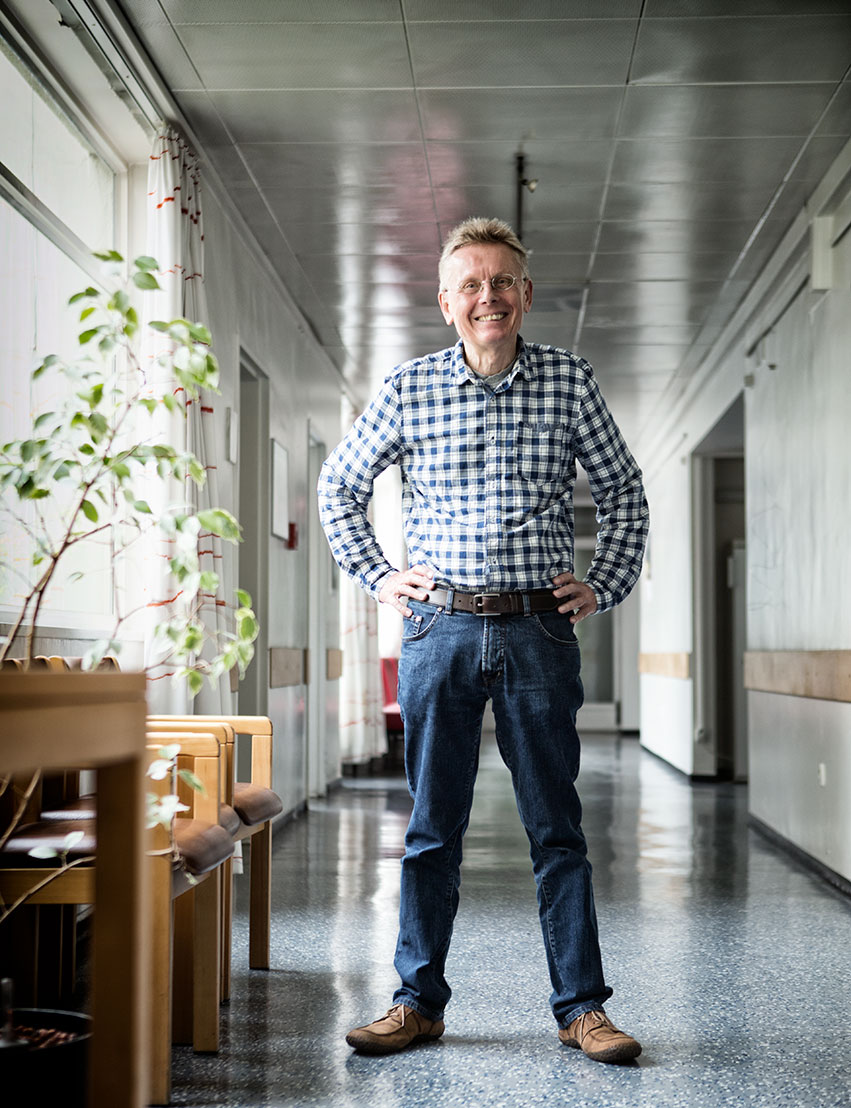 It was working with drug addicts in the late 80’s that he first came into contact with HIV and AIDS. It was a tough time. With many of them he worked only for a few months before they succumbed to the effects of AIDS.
“No, it didn’t create a sense of despondency. We worked with a very motivated team.”
An intensive search was made for the right treatment and there was plenty of experimenting with new medication. They tried everything, even though the chances of success were often slim. Progress came in small steps. “It was a different time. A lot has changed since the early 90’s. It’s easier now. Fortunately! Looking back it’s gone incredibly fast. AIDS was new. An infectious disease. That we have made so much progress in 35 years is incredible.”

Drug addicts and gay men were the first groups to be hit hard by HIV and AIDS. They were joined by a new group in the mid 90’s, immigrants. Frankfurt has traditionally been a city where many newcomers settled. The number of HIV infections in this group increased steadily. It led to distressing and unworkable situations in his consulting room.
“We worked with interpreters, but after a while there weren’t enough. That was very frustrating. You have a woman in front of you, who is so upset… And you can’t do anything for her because of the language barrier. Something had to be done. That insight led eventually to HelpingHand.”

It wasn’t just the language barrier that made it difficult to help African and Asian women. HIV also brought many cultural differences to light. The stigma and ignorance about HIV is high among immigrants. Horst realized that the best way to help this group would be if people who had been through the same spoke to them. They know what it’s like, they know what has helped them, and they are more easily trusted than German aid workers.

“We wanted to set up a training programme for migrants living with HIV, who had lived in Germany for a while and spoke German well enough to become coaches and interpreters for the new migrants. But in the beginning it was very difficult to find suitable candidates. Mistrust towards us was huge.”

The breakthrough came unexpectedly.
“We were finding it difficult to convince those who were in doubt to join us. One day we’d been talking with a number of candidates for hours, when we asked the question that made it clear to us what it was that caused the biggest pain. “What was it like when you heard for the first time that you were infected with HIV?” That question opened up so many emotions. The shock, helplessness, the pain of that terrible moment was felt all over again! For hours, we, the German doctors and aid workers, just listened. The women could not stop talking. That afternoon such a bond and so much confidence was established that they wanted to join us. Shortly after this the first group began a course, every Saturday for 5 weeks. After they finished their training they could get started as a coach.”

It is nice to see that he remembers that turning point very clearly and that it touches him still. It is clear that this is the right place for him. Helping Hand is, although he does not say it himself, his life’s work. Next year he will be 65. He can retire if he wants. But he’s staying. At least long enough to ensure that a suitable successor is found.

“Most of our people are women from Africa and Thailand. In the vast majority of cases they come to the clinic because they are pregnant and are tested for HIV. When they hear that they are positive, their world collapses. They feel just as trapped as those young boys years ago in the prison did. They can’t see any way out. HelpingHand helps them find a new perspective.”

He pauses one last time. Not to think, but to let the importance of what they have achieved at Helping Hand sink in. “What we do here works. Progress with these women is sometimes slow, but it is happening. When I see how HelpingHand has helped these women grow and regain their autonomy that makes me a happy man.”

I ask him about the future. There has never been a bigger flow of refugees in Europe since the Second World War. Has this created a new influx of refugees?
“At the moment not many people from Syria and Afghanistan with HIV come to us. But the chances are real that the numbers will rise in the near future. It’s our job to ensure that we find enough Arab men and women with HIV who can guide these people. The need for HelpingHand will continue.
I love to travel and I hope I will make many more trips. But I won’t leave HelpingHand before I know that their future is assured.”

“All my friends deserted me when I told them I’d contracted HIV.”