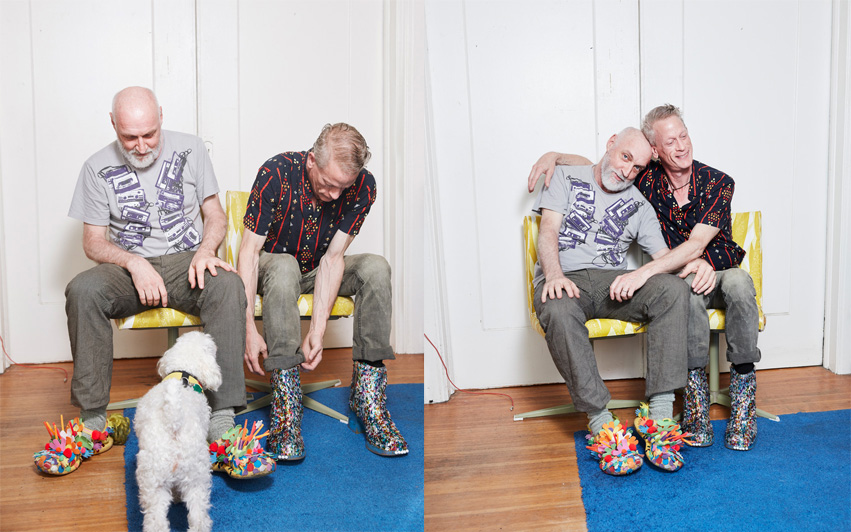 Birds of paradise against the cliffs

They’ve known each other for more than 24 years, icons David Faulk and Michael Johnstone. They’re partners in love and in their boundless passion to create and wear extreme, Fellini-like costumes which lift their world and everyone else’s out of the gloom of everyday life. When we visit them in San Francisco we find two sweet and intimate men. Recently they began living as close together as possible: their two front doors open on identical houses where they conceive and make their costumes. They’re happy to see us, and welcome us warmly into their homes — themselves also full of color. The walls hold lots of paintings, mementoes and other items. Every object has its story: how it was made, for which party, or at which HIV and AIDS demonstration it was first used.

David and Michael have been living with HIV since the 1980s. They both came to San Francisco. Because of the uncertainty of what lay ahead of them, they lived from moment to moment. Michael, who has been transforming every object around him since his childhood in Scotland, used his talent to create fanciful costumes that explode with color. Together with David, who puts on makeup and participates as much as possible, for years they’ve persisted as the birds of paradise at parades and happenings. In the early 1990s, as the AIDS epidemic advanced in San Francisco, the art with which they created characters larger than life offered a breath of fresh air to deal with all the misery. Their unique creativity was their answer to that. 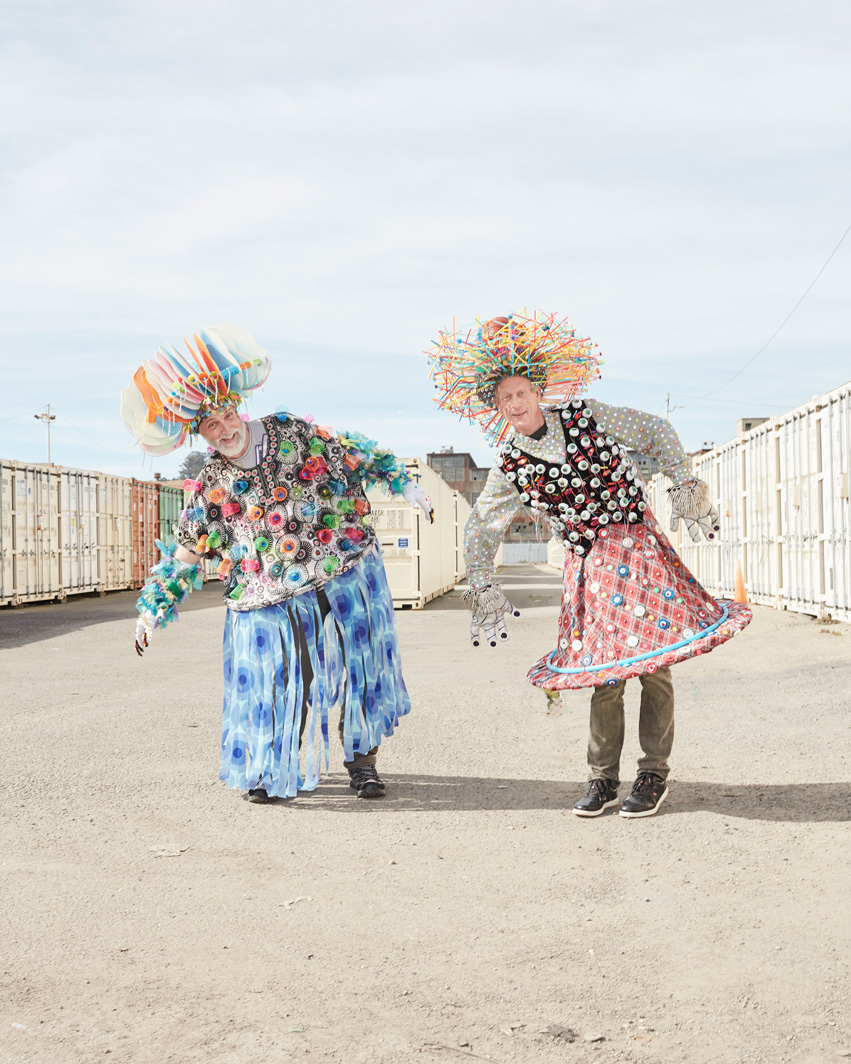 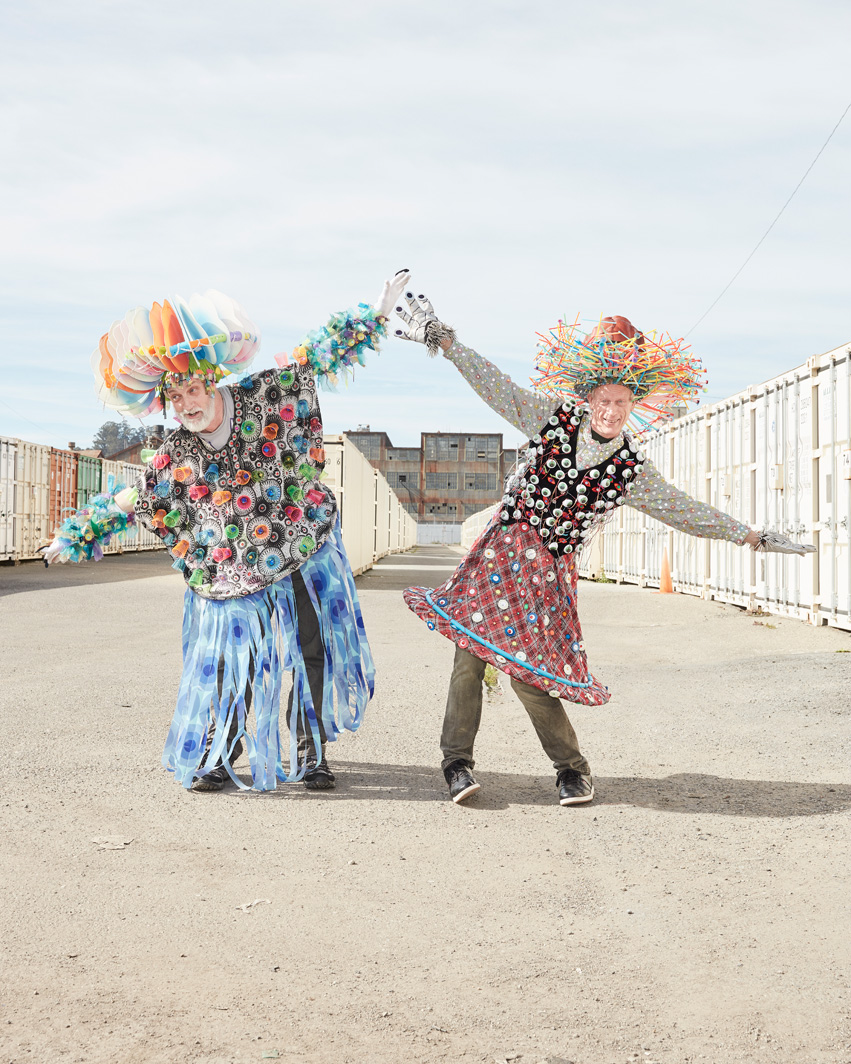 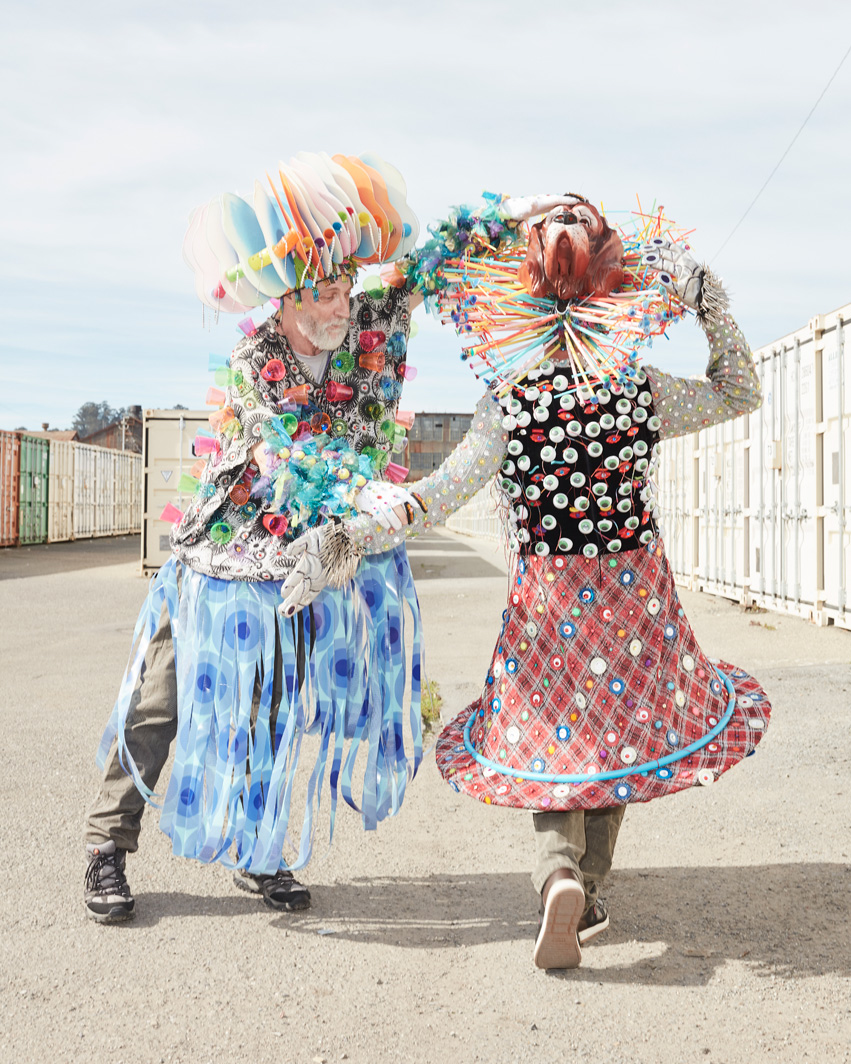 Nowadays the house has no more room for the hundreds of costumes. Erik, our photographer, is very enthusiastic when David and Michael show the walk-in shipping containers where everything is stored. This is where they display everything and keep track of it all. David and Michael can easily costume up to 60 people on short notice, and yet every item is assembled personally. Some material comes from 1-dollar shops, but by far most of it consists of recycled material: straws, caps, plastic containers… everything has a use.

They transform literally everything and everyone into a huge Alice in Wonderland with rough edges. David and Michael are internationally known, and they get requests from Asia to dress HIV / AIDS and LGBTQI events. They’ve also collaborated with recognized international fashion houses. What continues to be their answer and their motto is “Keep the community alive!” Their approach never becomes less provocative, but passionate, expressive, and courageous! 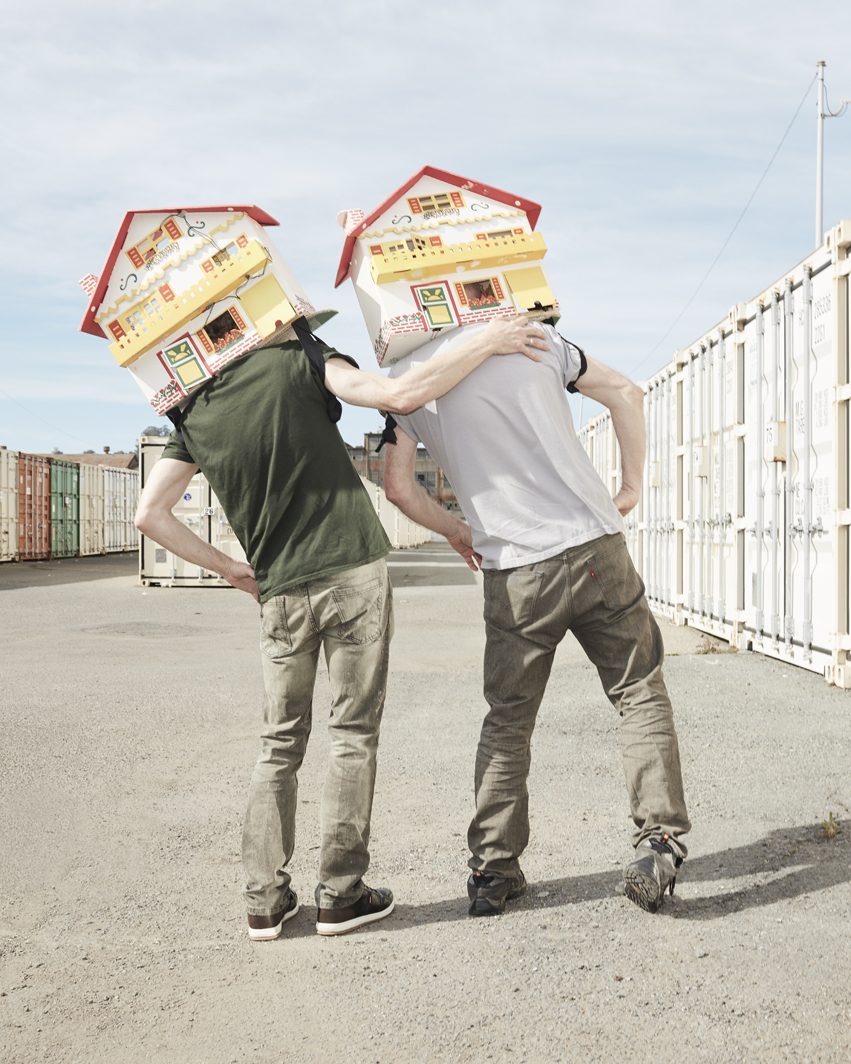