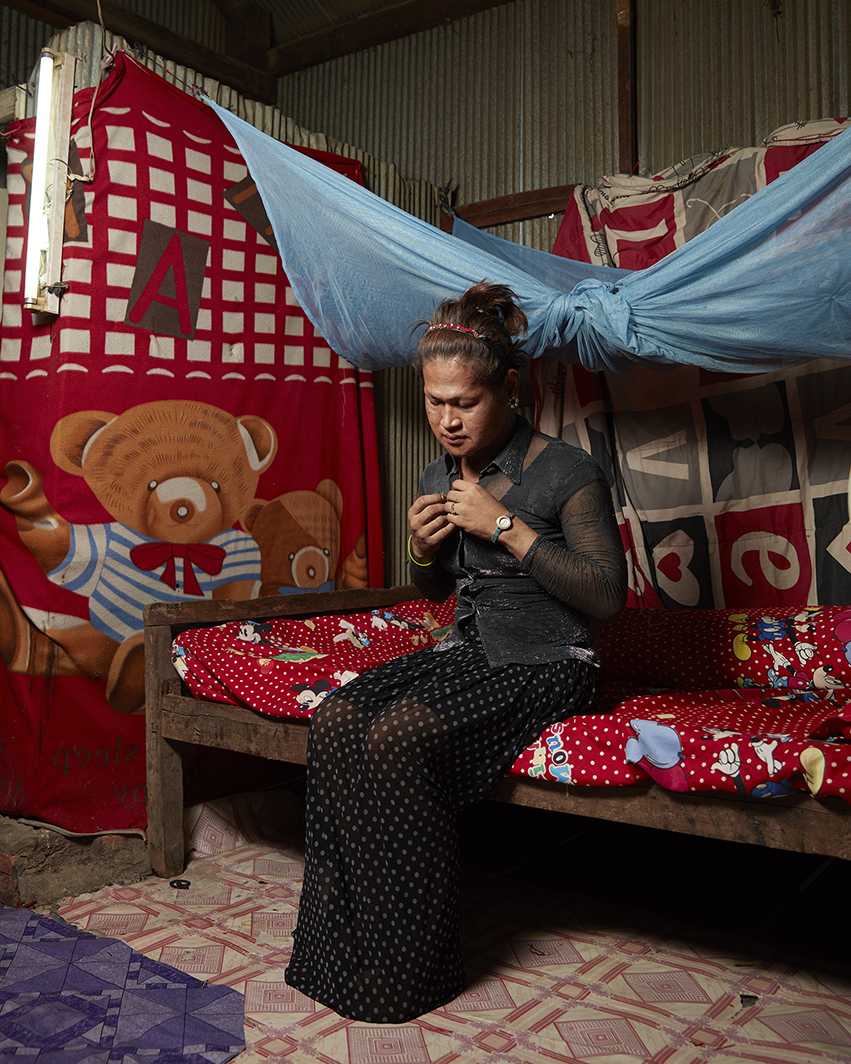 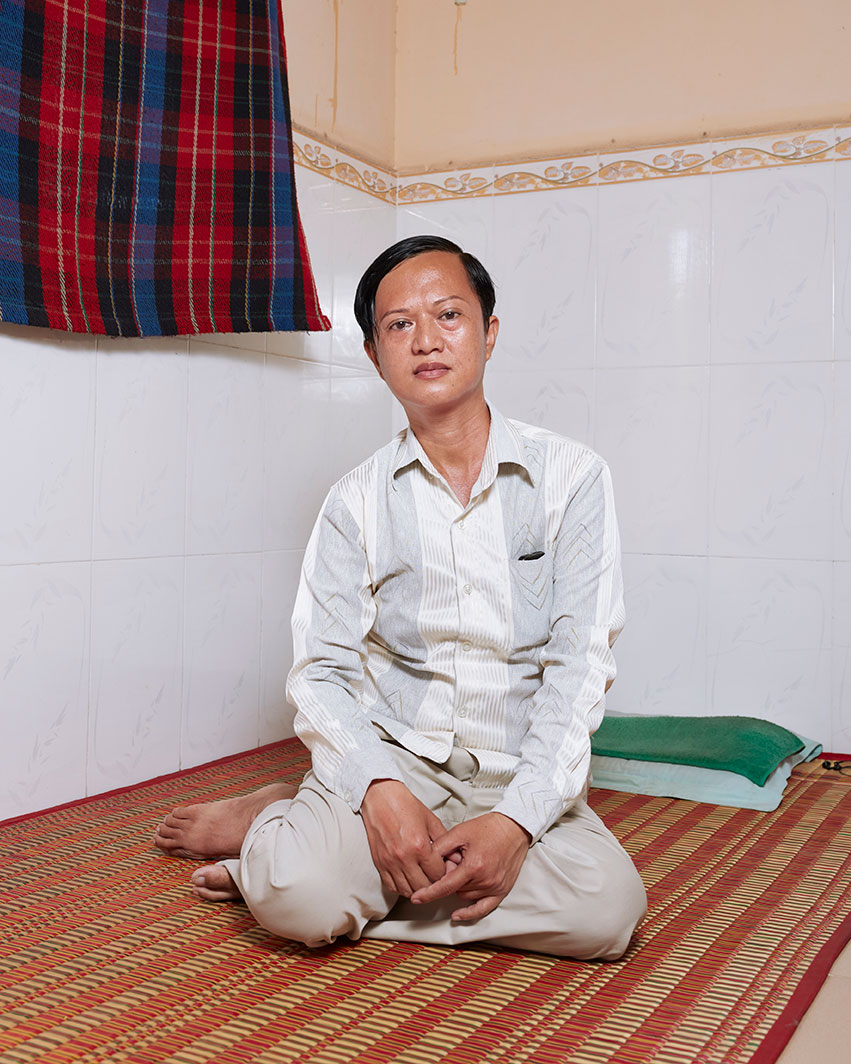 “I was 18 when I realized I wanted to be a girl. That was a difficult time because my family didn’t accept it. I just felt no longer welcome at home. That’s why I went to live in the big city. I could earn my living there as a sex worker. No, I didn’t have Western customers. It was mainly Chinese and Cambodian men.”

Meanwhile we’re 30 years further. Pov Rechna is a shy, somewhat withdrawn woman. The tiny, almost empty room where we meet her feels more like a refuge than a “home”. She has two girlfriends with whom she is close. They’re also transgender. Other than them, she doesn’t trust anyone. “I don’t have much contact with the neighbors and I never see my family.”

Some time in her first years as a sex worker she was infected with HIV. She has no idea when, where, or by whom it happened. Nor does it matter. One day she had complaints, a little while later, the complaints were so serious that she went to a doctor. He proposed to do an HIV test. That was in 2000.

“The pills weren’t available the first years. I only started taking HIV medicine in 2005. Now it’s better. When I come to see my doctor, they always have pills for me. I see my doctor once a month. In past years I had a French doctor. Unfortunately he’s returning to France soon. Then I’ll get a Cambodian doctor. ”

When all questions are asked and answered, it’s time for lunch. It feels like a party. With each bite she gains self-confidence. In half an hour she transforms from a fragile timid girl, into a self-aware, somewhat dramatic, chic woman of the world. She talks at top speed and likes to laugh at her own jokes!

She shares the happy moments in her life. “In 2009 it was over. I was finally a girl. That gave me peace. It still does. I’m now the woman I want to be. I have SOUL!”

She doesn’t talk about the future. Today she prefers talking about more innocent things. “I went to the hairdresser yesterday! Do you like this short hair? Or should I let it grow out again?”

About whether she can ever quit her job as a cleaning lady to start her own business, she doesn’t want to say too much either. She lives in the present. That’s what life’s about. Today is important. There’s nothing to be said about tomorrow.