It’s striking how the statistics in all official HIV and AIDS reports show a good side. Where there was fear of an uncontrollable increase in the number of HIV-infected in the first ten years of this century, that fear has now completely vanished. Foreign sponsors, especially from the US, have helped to establish a health care system since 2004-2005 that can reach vulnerable and hard-to-reach populations. The latest report to the UN speaks proudly of the government’s ambitious goal to end AIDS by 2020. Although HIV is still not gone from Cambodia, it will be a great step forward if those goals are achieved.

But sometimes practice is a lot harder than the policy in the reports. As we’re on our way for a short documentary to a morning with Srey Pich, a transgender with HIV who earns her living as a sex worker, we’re confronted with the successes and the problems of HIV and AIDS. 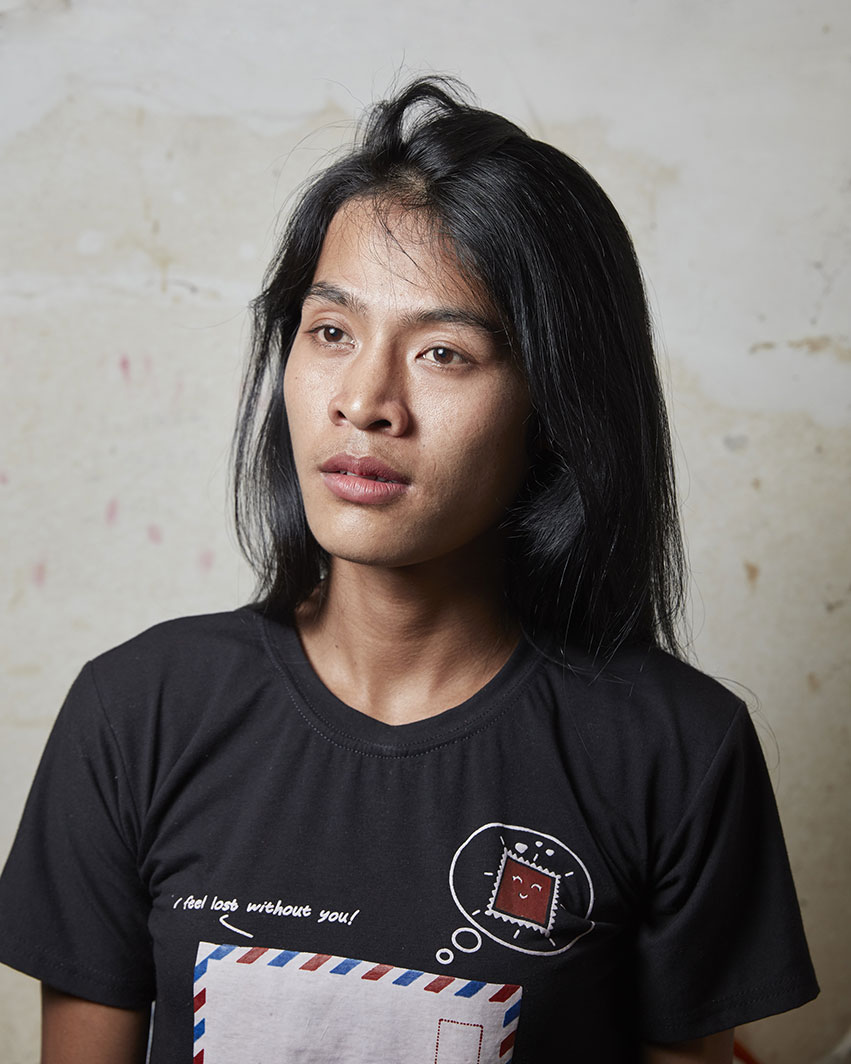 We visit the HIV clinic where Srey Pich gets her medication every two weeks, and where her complaints are treated. But the doctor we hope to speak with is angry. A conversation or filming the consultation is out of the question.

It seems that Srey Pich, against all advice, hasn’t visited the clinic for five months. This means that she has had no medication for months. “I was traveling around the country with a client”, she explains.

She doesn’t seem at ease with that. When the doctor has a pause after fifteen minutes, they quickly meet. Srey Pich is re-enrolled at the clinic and gets medication for two weeks. She has to promise to come back by the end of these two weeks. She does that!

Taking medication faithfully is a great problem in many countries. As in Cambodia. The stigma of HIV, ignorance about how to use the medication correctly, and the fear of severe side effects are the main causes. Especially for young people, the prospect of taking pills for life is hard to accept. As soon as they feel healthy, the temptation to stop is great. The chance that they might become resistant to the medication affects their taking it.

The visit to the clinic is luckily also a sign of good news. It was good to see that these clinics actually exist and are accessible to everyone. And not least important: HIV medication is free and there is enough of it. Even though HIV and AIDS care is almost entirely supported by foreign funds, it remains striking how this care in Cambodia is reasonably well ordered, even compared to many richer countries.

During our visit to the HIV clinic we met an employee and a client of KORSANG, a shelter clinic for heroin users. About a quarter of the heroin addicts in Phnom Penh are infected with HIV, most of them through “dirty” infected syringes.

KORSANG is housed in a modest two-story building a half hour’s drive away. There are several appointment and conference rooms. Through an open door I see a nicely furnished office.

Things are quiet, maybe because of the time of day; it’s still early. No more than seven or eight addicts are hanging around or pacing. Men as well as women.

The two counselors today, Vuthy Tik and Yundina are friendly guys who gladly make an hour free to talk with us about HIV among heroin users. Vuthy, who lived in America for years, speaks fluent English. 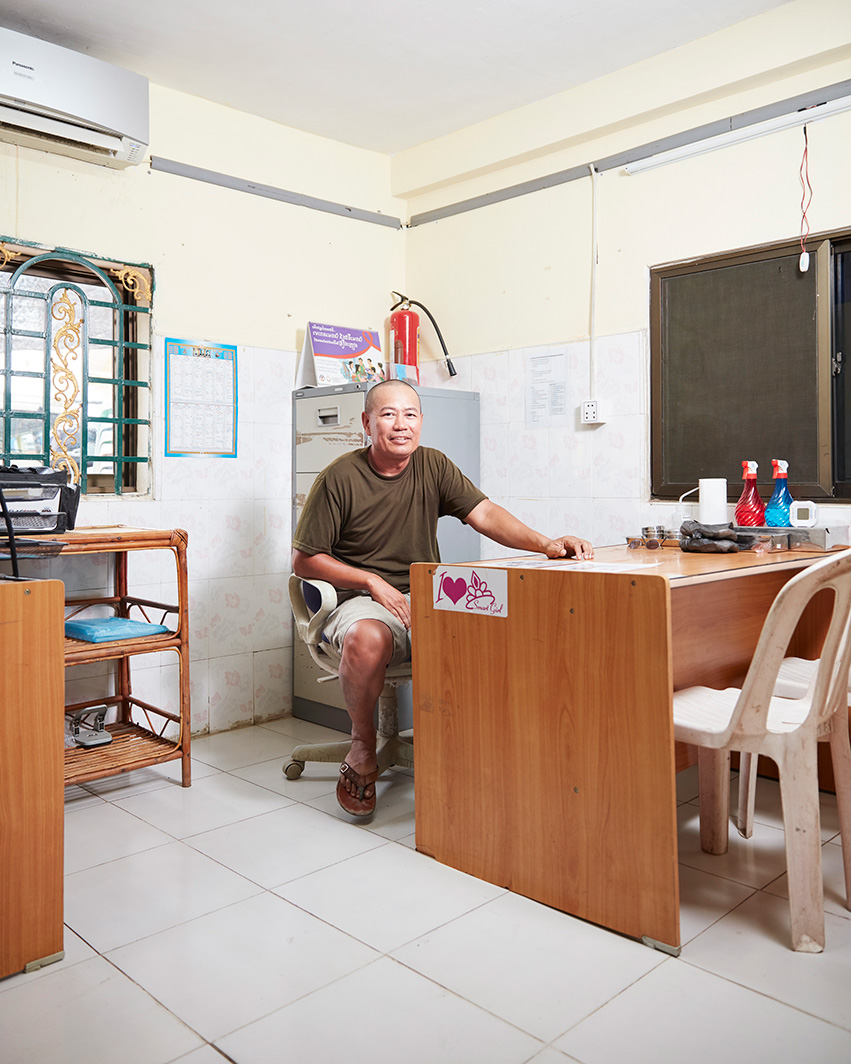 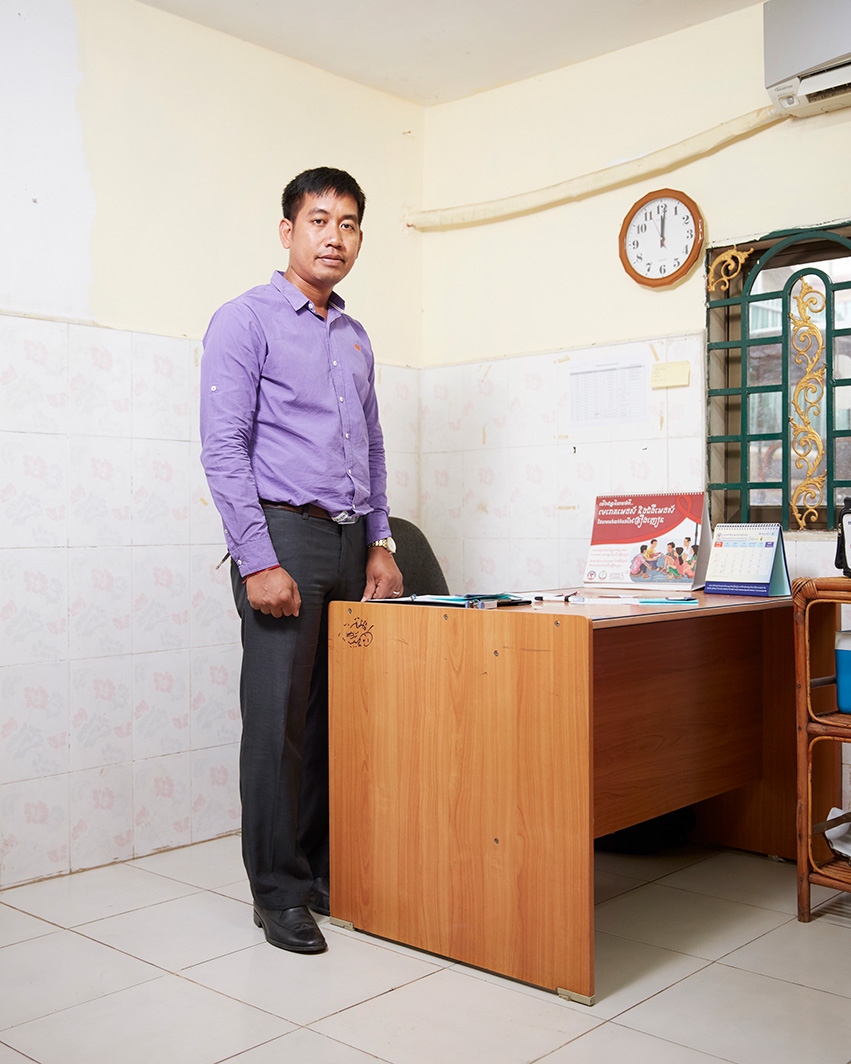 “Korsang focuses purely on the injecting heroin addicts, which is the most serious group of drug users. Our main task is Harm Reduction. We hope to make life easier for users and reduce the city’s level of nuisance and crime.

“Korsang isn’t a withdrawal clinic. We try to help people inject less often. Instead of five times per day, only three. And we do our best to get them to switch from heroin to methadone. It’s all dangerous stuff, but heroin use is illegal and methadone isn’t. Methadone they get from us. Free. This way our users don’t feel the pressure to steal 10-15 euro a day for their heroin habit.

“We’ve been around since 2004 when American money became available. We work in this place with about 500 clients. We know for certain that 78 of them have HIV. We suspect that a lot more of our clients have HIV, but as long as they don’t get tested you can’t count them.

“If they agree to it, we’ll do a first HIV test here at Korsang. If that’s positive, we send them to the HIV clinic for a second test. If that’s also positive, they’ll be treated. At the clinic they also get their medication. Our job is to make sure that they come to every appointment and take their medication every day.

“We do everything we can to prevent our people from being infected with HIV. For example, anyone who comes here can get clean works for free.”

He proudly takes a large number of packets from a drawer. Every packet contains a number of clean packaged needles, a bottle of alcohol, bandages and cotton wool. This simple packet is a powerful weapon against the spread of HIV.

It’s clear that the policy works. There is “no explosion of new HIV cases”: the number of new infections has been stable in recent years. But this solves far from all problems. The funds available, and thus the number of counselors and supervisors, have fallen off sharply in recent years, says Vuthy.

At least as big a problem is that heroin users are bad at managing their use. But what’s perhaps most important is the stigma of HIV. Heroin users are ashamed of HIV. They want to hear nothing about it, and usually get tested only when they become seriously ill.

Good things are happening at Karsong. And as at many other places, the activities are financed by US funds. All these efforts have made the HIV epidemic here quite manageable. But even in Cambodia, HIV and AIDS haven’t yet been wiped out. With the flow of foreign money being tightened, a return to a growing number of new infections is on track.

We thank Vuthy and Yundina. They’re front-line fighters. They were happy for us to come. They don’t often have such an open conversation about HIV and AIDS.

As in many lower-income countries, there are small NGOs in Cambodia that aim to help individuals of the HIV community who can’t solve their problems alone. This sometimes means medical matters and sometimes social or financial ones. BC is one of these NGOs, a small organization trying on a small budget to solve the specific problem of individual LGBT men and women with HIV.

See Long Ny is a staff member of BC.