Ethel (64). “I’ve known since 1983 that I’m HIV positive. I lived in The Netherlands then. In the beginning I was afraid to tell people, but that was soon over. I have nothing to hide. I’m doing fine. After all these years I’m still doing fine. I’m a happy woman. 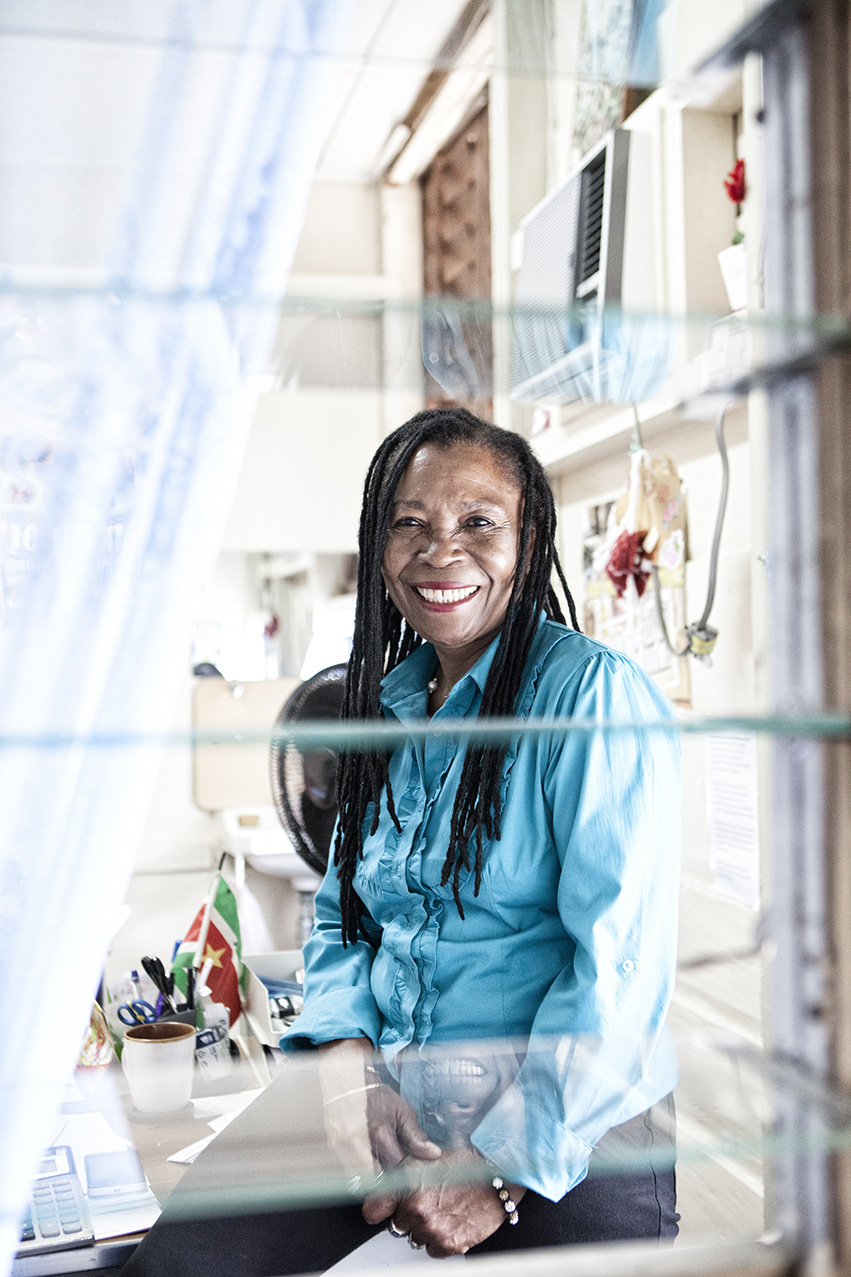 In 1998 I came back to Suriname because my brother had died. Of AIDS! But I only heard that after his death. I saw so much shame, while we should be open. I decided to stay in Suriname and to devote myself to people with HIV. First through the Mamio Name project. From 2009 through Double Positive. That’s the organization I founded because I wanted to do more for girls and women with HIV.

Progress has been made. Medication is free now and you don’t have to pay for the doctor. But the taboo about HIV is still huge. Too many of us rather not talk about it. Another problem is that many people are struggling to keep taking their medication. Taking pills every day for all your life is difficult. I hear all kinds of stories why people don’t keep it up.

My dream is to build a place for young people with HIV. Many children with HIV ended up in a home. They are now at an age when they need a place for themselves. For that I need land, good people to help me, and money. ”

(photo thanks to hello gorgeous)

Mrs. Malats is 73 years old and only heard that she had HIV when she was 65. She thinks that she got it through a blood transfusion. 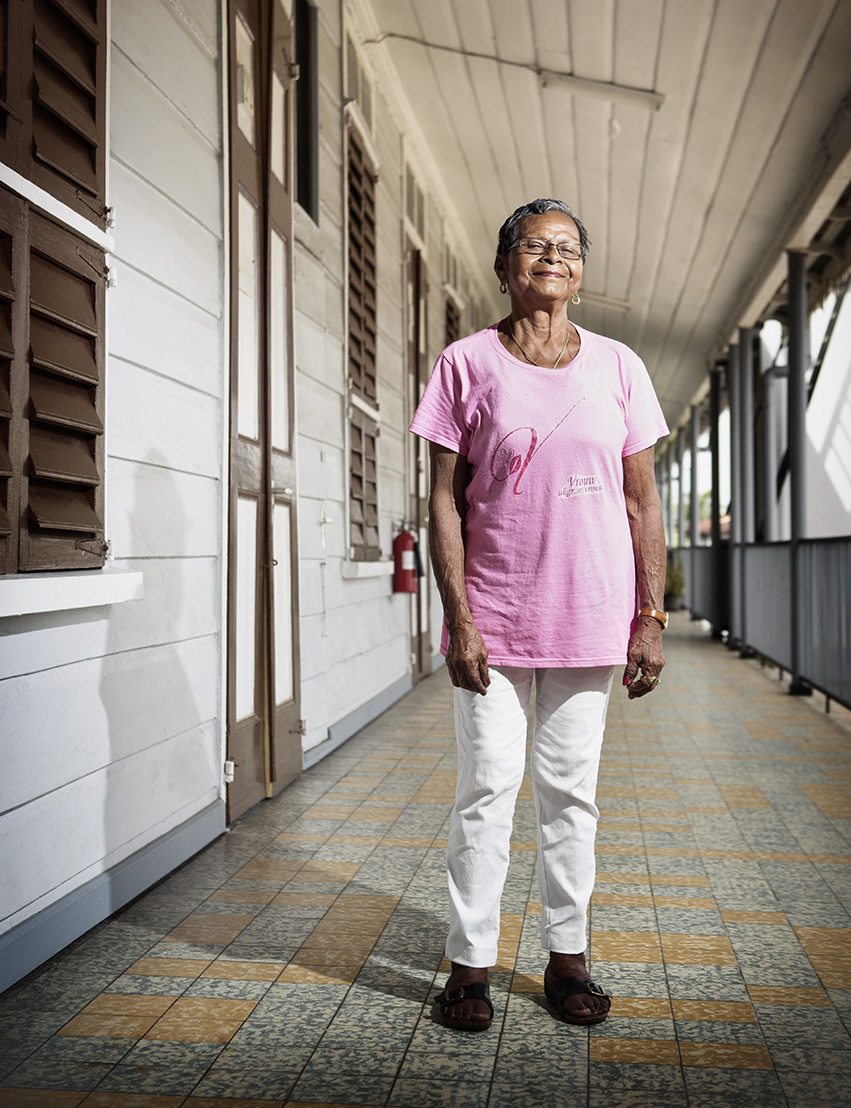 She had never heard of HIV. When the doctor said she was “positive”, she had no idea what he was talking about. The doctor told her that it is an incurable disease but that there were “tablets”. Nevertheless, she thought for a while that she would die.
Mrs. Malats has ten children. Of these, there are still seven living. She told them all about her HIV infection and all have taken it well. They support their mother and have not disowned her. She was afraid of that.

Mrs. Malats feels good. She hopes that she will still find a partner who she can talk to. That’s good when you’re alone. Since knowing that she has HIV she is careful with sex.

Richard (31) has only known for a month that he is positive and everything is not yet clear. He’s now waiting for results of the blood tests that will determine whether he should start with medication. If he does, he is determined that he will take it every day. He will never choose death, he says. 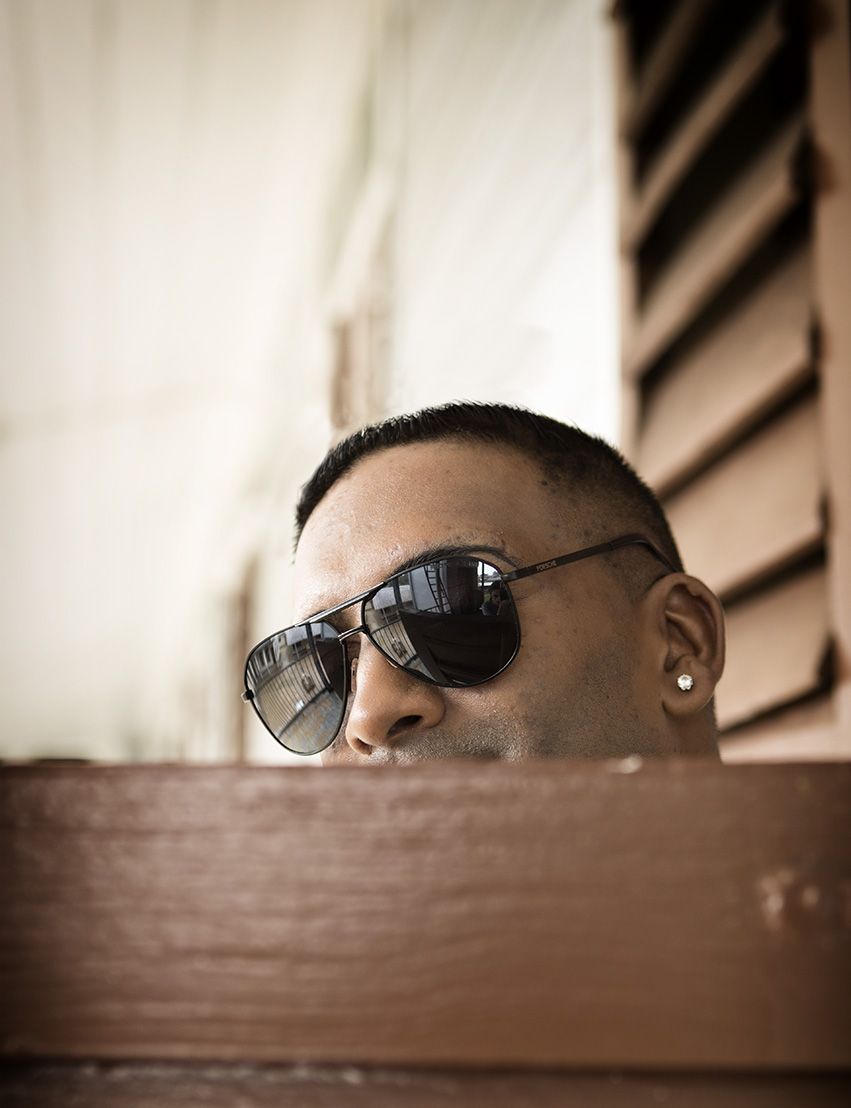 He likes a challenge. That’s just him. Nothing has been handed to him on a plate, and yet he managed to become a presenter at the casino. He loved his job. Standing in front of people and speaking; he’s not afraid of doing that.

He always wants more, always. To fight for more openness about homosexuality as well as HIV, work to increase awareness among the Surinamese population, break the taboo; that’s what he wants to do in the next years.

Jennifer (42) is not her real name, but her street name. She first ran away from home when she was 12 because of the terrible things that happened there. She became addicted to drugs and ended up in prostitution. There followed long hard years of often painful and sad events. 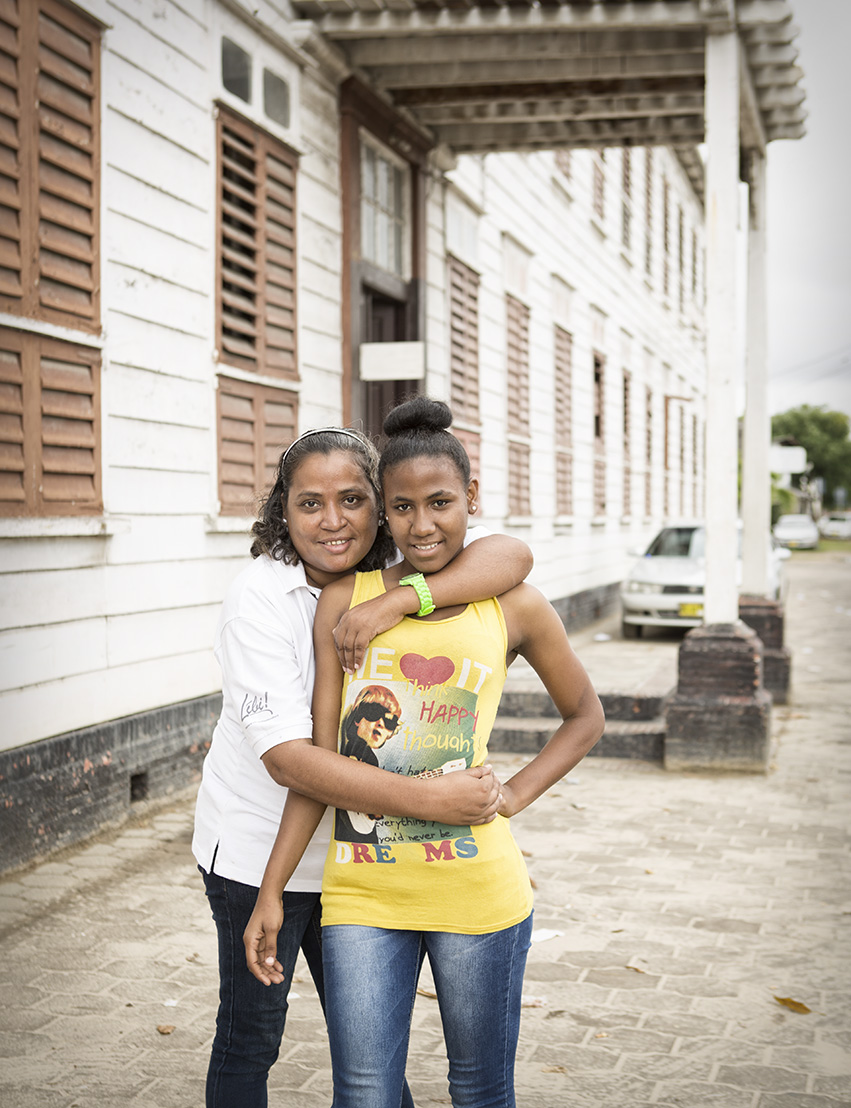 But with trial and error she has found the way to a better life. Three strong Surinamese women and God have fought hard for her. She’s clean now, went back to school, and now dares to be open about who she is and what she wants.
She started with her medication in 2007. That was difficult then because she was still an addict. But since 2011, she has faithfully swallowed her pills every day. She’s doing well. She is married to a man who is also HIV positive and he supports her. The youngest of her four children still lives with her.
She wants to continue educating people. She wants to open the eyes of both young and old. Being honest about HIV, making it discussable. There is still much to do.

Her dream is to break all the taboos. And she wants to build a house for all her children and stepchildren, all sex workers and gay men with HIV, where they can live together and have a safe and happy life. It would have to be a flat with at least a hundred rooms.