In 30 years of HIV in Nigeria efforts to combat the virus have had limited success, and new infections are recorded daily especially among more at risk groups such as young people, sex workers and men who have sex with men.
According to a UNAIDS report, 9 percent of all people living with HIV globally live in Nigeria and around 210,000 people died from AIDS-related illnesses in Nigeria in 2013, which is 14 percent of the global total of deaths (AVERT).

Disturbed by the situation, in 2010, the government developed a new National HIV/AIDS Strategic Plan (NSP) 2010-2015 which called for communications to encourage behavior change among key population groups affected by HIV. This, however, has not had a huge impact, as the lack of sexual health information available to young people as well as policies such as criminalization of same sex relations, have prevented significant change in large numbers of the population affected by HIV.

Ignorance among young people
People aged 15-24 years have the highest number of sexually transmitted infections including HIV, the virus that can lead to AIDS. In Nigeria, people in this age range know very little about modern methods of protecting themselves against HIV. This is because most HIV programs are not targeted at educating sexually active young people about prevention and care, but are always highlighting the pain and suffering of those already affected.
Also, HIV testing among young people in Nigeria is very low – only 17 percent of young people know their HIV status. There is a general perception that young people are not supposed to have unprotected sex, and therefore have no means of contracting the virus.

This ignorance is embedded in the minds of young people, and increases their vulnerability. Also, comprehensive sexuality education is not being encouraged in many schools. This is because most parents see sexuality education as corrupting the minds of young people. It makes the fight against HIV a difficult battle to win.
Government policies on marginalized groups
In 2014, the government of Nigeria created another major stumbling block in the response to HIV when it signed a law prohibiting all forms of same sex activity with a penalty of 14 years imprisonment for defaulters.
This law encourages homophobia and prevents many lesbian, gay, bisexual, transgender and queer people from accessing health services. There is increased fear and hiding, as well as decreased provision and uptake of HIV prevention, care and treatment services.

Biodun* is a 27-year-old man from Lagos, Nigeria who has sex with men. He says: “I can’t disclose my sexual preference publicly because I fear being victimized by society. Because of this fear, some of us are unable to access health services even though we need them the most. And the government’s homophobic law is another challenge. We live in hiding.”

Just recently, Pulse, two brothers from Delta state, Nigeria accused of being homosexuals were thoroughly beaten and forced to perform a ritual cleansing by angry youths of the community. It took the intervention of law enforcement agents to prevent the youths from inflicting further harm on the accused brothers.
Such incidents highlight the effect of government policies on sexual minorities in Nigeria. According to the UNAIDS Gap Report, 17 percent of men who have sex with men (MSM) are living with HIV in Nigeria. They are the only population group that actually experienced a rise in HIV prevalence between 2007 and 2010, and now account for 10 percent of all new HIV infections in the country. The reports also states that MSM are 19 times more likely to be infected with HIV than other adult men.
Sex workers are also criminalized in Nigeria. There are no laws protecting their health and they also face barriers to accessing quality sexual and reproductive health services. This increases their risk of being infected and spreading the virus to other clients, making the fight against HIV less effective.

What the government should do
The government should increase awareness about HIV especially among key population groups affected by HIV, in particular adolescents. This means improving sexuality education, including HIV prevention in secondary schools.
Regular HIV testing and counseling should be encouraged and made easily accessible for students, MSM, sex workers and other most affected groups to detect HIV early and curb its spread. Free provision of antiretroviral treatment to affected people is essential along with the abolition of punitive laws such as the anti-homosexuality act.
The government should actively seek better options that would ensure all citizens, including affected key populations, are not denied access to quality and safe HIV prevention services.

The AIDS 2016 Conference in Durban (18-22 July) will be an opportunity for key stakeholders involved in the response to HIV to discuss ways of improving prevention and treatment and ensuring an all-inclusive response. How much Nigeria’s ministry of health will engage in this process is as yet unclear.

Nnamdi Eseme: I am Eseme Nnamdi John, from Akwa Ibom State in Nigeria. I hold a Bachelors Degree in Physiology (2:1) from the University of Uyo, Nigeria. I currently volunteer as a zonal coordinator for Life Skills Initiative for Youth Empowerment and Development (LIFYEAD), a nonprofit organization committed to empowering Nigerian youths. I have also worked as a reporter for the Nigerian Pilot newspaper. I am an avid advocate for the provision of efficient healthcare to the poor.

I write what should not be forgotten 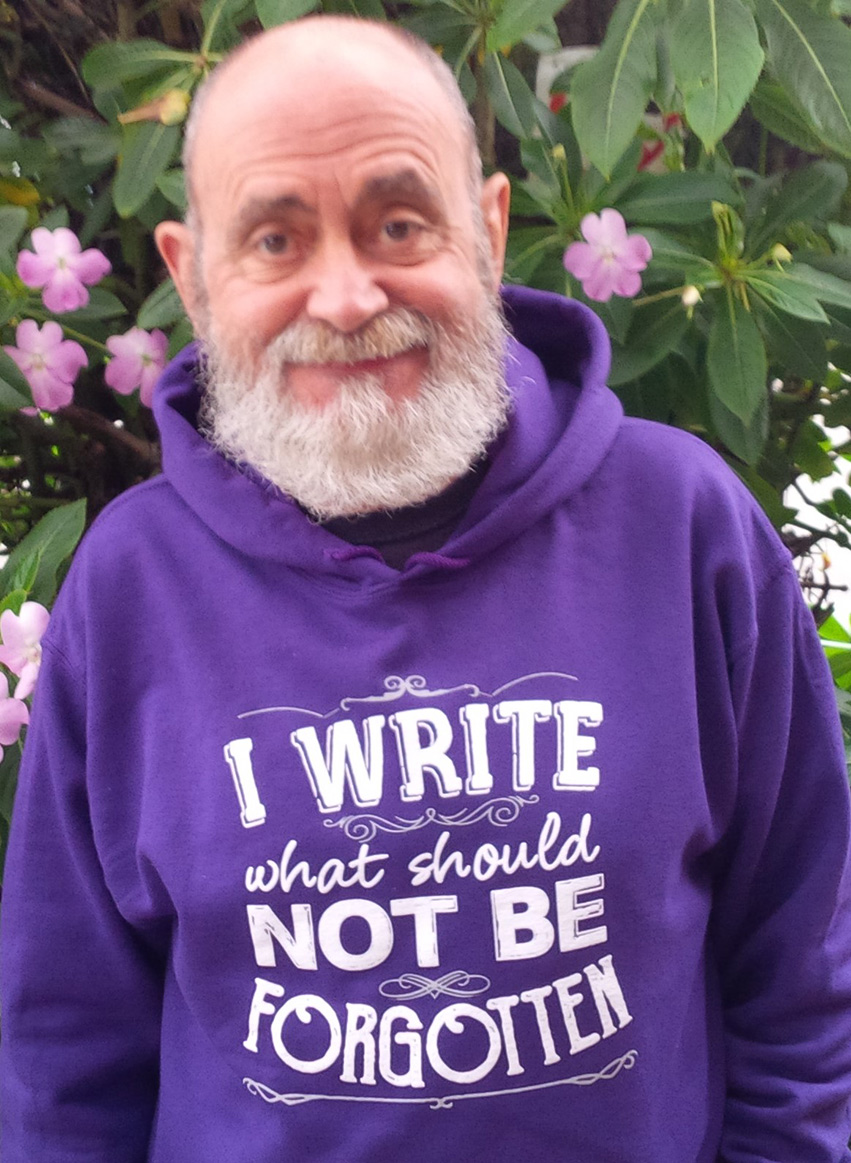 During the late 1970s and early 80s, I wrote and published a lot of fiction.  And then AIDS hit me.  Suddenly, the things that I knew I wanted to write about, the things I knew I must write about, were simply too painful even to contemplate, let alone commit to paper.  I had lost every friend I had made, I lost my health, I nearly lost my mind, and I certainly lost my writer’s voice.  I didn’t write — I couldn’t write — for thirty years.

And then, just a couple years ago, with the unconditional love, and prodding, of my fiancé Rick, I rediscovered the writer’s voice inside me, the voice that I thought the virus had killed. I write now for us long-term survivors now in A&U: America’s AIDS Magazine – I write what should never be forgotten. I write for Rick, so he will remember too.

Peace the world needs more of it.

…and life goes on. Another child is born.

I live each day the best i can : Trying to give meaning to the only self I know.
I have this disease, full blown it’s not – few know of my secret.

Forget about it, I try to, but it weighs so heavily on my mind…
A short glance in the death notices – another friend has died.
Punishment from god or stupidity from years ago?

There’s no rush for me to know.
And the seasons pass.
And I’m not giving in.
And I’m not going to fail.
Strong I’m going to be be – Like a tall tree.

And blowing in the winds, grabbing for life, searching for happiness, crying, laughing, suffering, smiling, frowning – the branches bend.
Damn it, it it wasn’t supposed to be like this. We used to laugh in the face of death – higher and higher we went. The music seemed never ending.
Damn it, this disease has picked off the actors one by one and the story line has dramatically changed.

I’m handed a new script now. I’m living with HIV. I’m told to take care of myself. No longer higher and higher I can go ; I’m grounded by yesterday’s terms.

Will this disease rip apart my strong body, tear apart my mind, make me frail and weak as it happened to those before me?
I’m not going to let it. I’m not going to fail -lend support for those who need me. A tree needs water for growth : water needs a tree for shade and I’m going to give it.

A new set of actors now and a new storyline to be told. Standing before GOD, I can be wait – there’s plenty of growing to be done.
Cloudy days outside, at least it’s not total darkness…
and another child is born : how strange how they all come crying into this world.

Julia and her Father from Brazil “Father and Daughter.”